“Among the top climate-change culprits, agriculture finally attempts to address the issue, via a series of holistic methods called carbon farming.”

“Climate change is coming like a freight train, or a rising tide. And our food, so dependent on rain and suitable temperatures, sits right in its path. The plants that nourish us won’t disappear entirely. But they may have to move to higher and cooler latitudes, or farther up a mountainside. Some places may find it harder to grow anything at all, because there’s not... 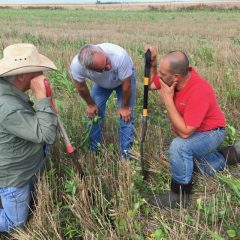 “As the world begins to zero in on the need to bring this soil back to life—as a solution to drought, nitrogen pollution, climate change, and more—farmers like Emmons and others practicing no-till in the middle of the country could play a key role. As they reshape their operations with a focus on things like earthworms and water filtration, and practice a suite of other approaches that fit loosely under the umbrella of “regenerative agriculture,” these farmers are stepping out of the ag mainstream. And while most no-till farmers see organic agriculture as inherently disruptive to the soil, they also have a great deal in common with many of the smaller-scale farmers that are popular with today’s coastal consumers.

These two groups of farmers don’t use the same language to describe what they’re doing (you’re unlikely to hear words like “sustainable” or “climate change” among the no-till set, for instance), but it’s clear that both groups are motivated by the opportunity to be responsible stewards of the land while exploring creative solutions to the status quo. And many no-till farmers are also just as skeptical as their organic counterparts are of the large seed and fertilizer companies they see as running their neighbors’ lives (and controlling their finances).” 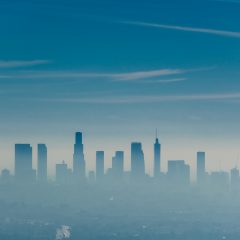 Researchers Just Found a Hidden Cause of California’s Smog Problem

“By comparing computer models with NOx measurements collected by airplane over California’s Central Valley last summer, the researchers found that fertilized soils may actually be contributing up to about 40 percent of the state’s nitrogen oxides emissions, more than ten times what the state currently estimates.” 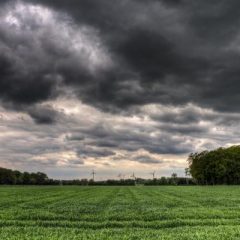 New satellite data shows just how important is plant-soil evapotranspiration and how it lasts longer than once believed.

Some meteorologists say up to half of the rainfall on a continent comes from the evapotranspiration of plants and soil. This implies a huge reward for better soil management. 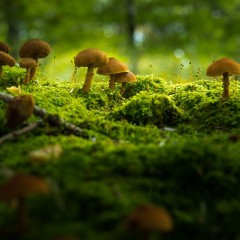 How Fungi Helped Create Life as We Know it

Today our world is visually dominated by animals and plants, but this world would not have been possible without fungi, say University of Leeds scientists.

Researchers have carried out experiments where plants and fungi are grown in atmospheres resembling the ancient Earth and, by incorporating their results into computer models, have shown that fungi were essential in the creation of an oxygen-rich atmosphere.

Humans and other mammals require high levels of oxygen to function, and it is generally thought that the planet developed an oxygen-rich atmosphere around 500 to 400 million years ago, as carbon dioxide was gradually photosynthesised by the first land plants.

The research team: Dr. Katie Field from the Centre for Plant Sciences, Dr. Sarah Batterman from the School of Geography and Dr. Benjamin Mills from the School of Earth and Environment, show that fungi played a critical part in establishing the breathable atmosphere on Earth by “mining” the nutrient phosphorus from rocks and transferring it to plants to power photosynthesis. 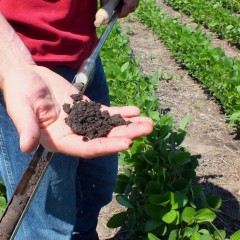 Soil Power! The Dirty Way to a Green Planet

The last great hope of avoiding catastrophic climate change may lie in a substance so commonplace that we typically ignore it or else walk all over it: the soil beneath our feet.

The earth possesses five major pools of carbon. Of those pools, the atmosphere is already overloaded with the stuff; the oceans are turning acidic as they become saturated with it; the forests are diminishing; and underground fossil fuel reserves are being emptied. That leaves soil as the most likely repository for immense quantities of carbon.

Now scientists are documenting how sequestering carbon in soil can produce a double dividend: It reduces climate change by extracting carbon from the atmosphere, and it restores the health of degraded soil and increases agricultural yields. Many scientists and farmers believe the emerging understanding of soil’s role in climate stability and agricultural productivity will prompt a paradigm shift in agriculture, triggering the abandonment of conventional practices like tillage, crop residue removal, mono-cropping, excessive grazing and blanket use of chemical fertilizer and pesticide. Even cattle, usually considered climate change culprits because they belch at least 25 gallons of methane a day, are being studied as a potential part of the climate change solution because of their role in naturally fertilizing soil and cycling nutrients. 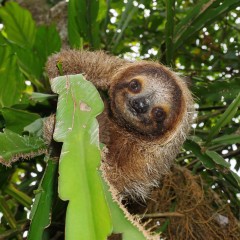 Trees in tropical forests are well known for removing carbon dioxide from the air and storing the potent greenhouse gas as carbon in their leafy branches and extensive roots. But a new analysis led by Stanford University researchers finds that large forest animals are also an important part of the carbon cycle.

The findings are based on more than a million records of animal sightings and activity collected by 340 indigenous technicians in the Amazon during more than three years of environmental surveys, coordinated by ecologist Jose Fragoso and supported by biologist Rodolfo Dirzo, who were working together at Stanford at the time. The team found that places where animals are most diverse correlate with places that have the most carbon sequestered in the soil.