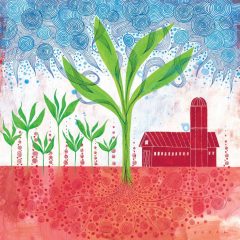 “Among the top climate-change culprits, agriculture finally attempts to address the issue, via a series of holistic methods called carbon farming.” 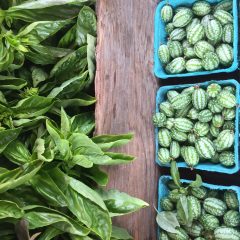 “Climate change is coming like a freight train, or a rising tide. And our food, so dependent on rain and suitable temperatures, sits right in its path.

The plants that nourish us won’t disappear entirely. But they may have to move to higher and cooler latitudes, or farther up a mountainside. Some places may find it harder to grow anything at all, because there’s not enough water.

Here are five foods, and food-growing places, that will see the impact.” 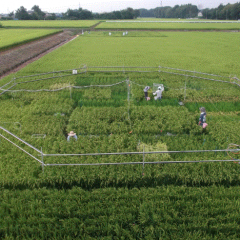 “Plants need carbon dioxide to live, but its effects on them are complicated.

As the level of carbon dioxide in the air continues to rise because of human activity, scientists are trying to pin down how the plants we eat are being affected.

Mounting evidence suggests that many key plants lose nutritional value at higher CO2 levels, and scientists are running experiments all over the world to try to tease out the effects.” 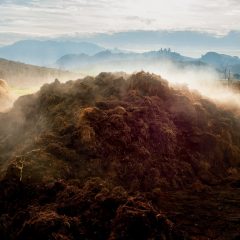 Can Dirt Save the Earth?

“When John Wick and his wife, Peggy Rathmann, bought their ranch in Marin County, Calif., in 1998, it was mostly because they needed more space. Rathmann is an acclaimed children’s book author — “Officer Buckle and Gloria” won a Caldecott Medal in 1996 — and their apartment in San Francisco had become cluttered with her illustrations. They picked out the 540-acre ranch in Nicasio mostly for its large barn, which they planned to remake into a spacious studio. Wick, a former construction foreman — they met when he oversaw a renovation of her bathroom — was eager to tackle the project. He knew the area well, having grown up one town away, in Woodacre, where he had what he describes as a “free-range” childhood: little supervision and lots of biking, rope-swinging and playing in the area’s fields and glens.”

Photo by Jonno Rattman for The New York Times 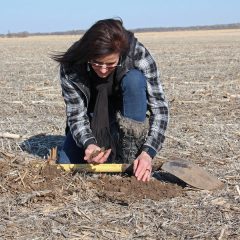 A Grass-Roots Movement For Healthy Soil Spreads Among Farmers

“In American farm country, a grass-roots movement is spreading, a movement to keep more roots in the soil. (Not just grass roots, of course; roots of all kinds.) Its goal: Promoting healthy soil that’s full of life.

I met three different farmers recently who are part of this movement in one way or another. Each of them took me to a field, dug up some dirt, and showed it off like a kind of hidden treasure.”